This spiral staircase with cast iron treads and risers with a brass handrail
was made for a Duck & Rice in Soho, London.
Can be made for private residences as well commercial premises. 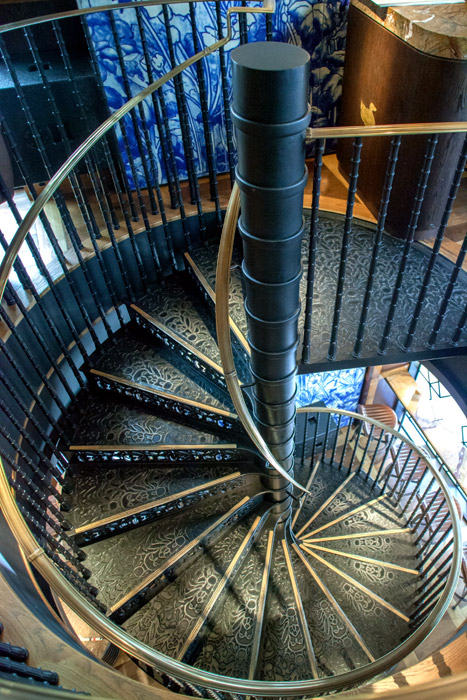 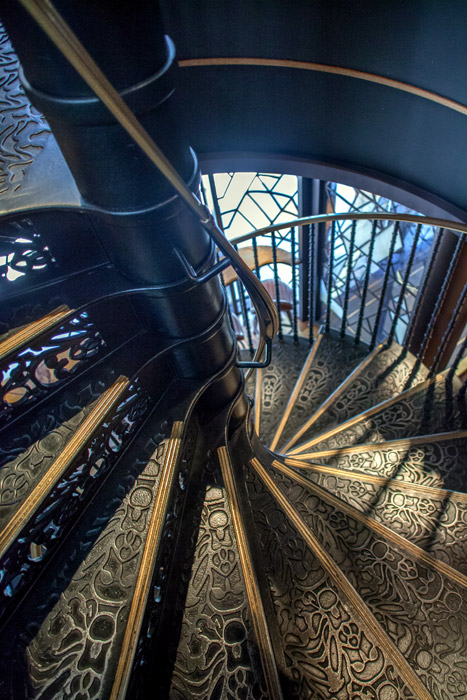 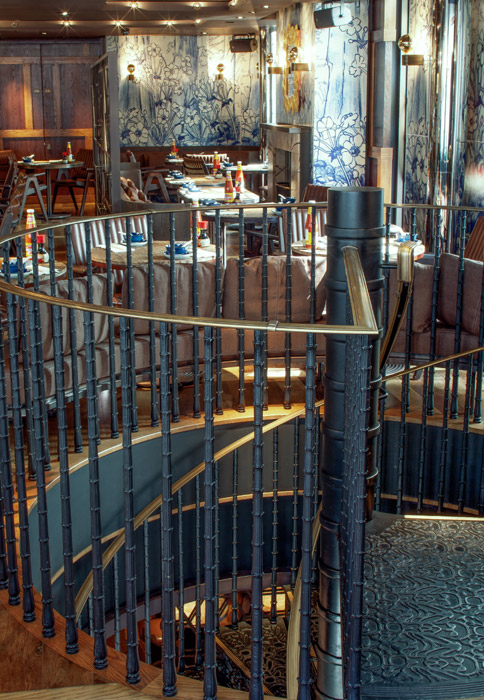 A detailed survey was carried out by Fine Iron, and initial design drawings were produced. Following approval by Alan Yow bespoke casting

patterns were manufactured for the casting of the cast iron treads, cast iron risers and uniquely matching cast iron quarter landing plate, which we also used as a start plate at the base of the stairs. The stair railing baluster was made with a bespoke reeded cast iron baluster and the handrail was formed from 50mm x 14mm brass, Frogs back handrail. This was formed in house on our own section rollers. The cast iron treads were slid over a central column and due to the width of the stairs and it being a commercial premises a helical section of handrail was formed to run up the central column of the cast iron spiral staircase. 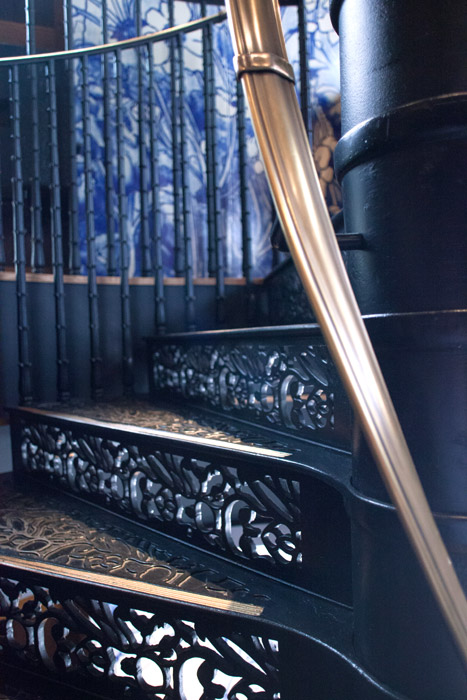 We think it is fair to say that the project was completed to the highest standards and apart from serving as spectacular access to the first floor restaurant the cast iron spiral staircase make a real statement centerpiece for the ground floor bar area of this high-end gastro pub in the heart of Soho.

Client: The Duck and Rice