Internal, external, simple or simply spectacular Fine Iron have the experience and skill to craft the perfect staircase for you and your home.

Fine Iron work with you and provide a complete service from concept and design to manufacture and installation.  Using the latest technologies, including 3D visualisations to give our customers a real sense of how the metal balustrade might look, we are experienced in working with many different materials including wrought iron, mild steel, brass, bronze and stainless steel and can also offer a wide variety of different finishes including metallisation and patination.  The only limitation is your imagination!

A simple yet substantial balustrade with hand-carved oak handrail for an A-listed country house in Scotland.
More Images & Project Details

This uniquely designed balustrade is continuous over two floors and was originally designed to cap a full string stairs, the stairs were later changed to a cut string.
More Images & Project Details

Located in the heart of London’s Mayfair, Hedonism is a new fine wine and spirits boutique, which has already become the most talked about wine project of recent times. Fine Iron were commissioned to design, develop and manufacture a statement staircase to complement the unique surroundings of this high end wine establishment.
More Images & Project Details

Fine Iron was commissioned to make this effortlessly sophisticated balustrade for a private client in Hampshire. A clean, un-cluttered design was required to suit this modern home and the tastes of the owners. Finished in our high quality sateen black paint with contrasting stainless steel ring detail and handrail formed and polished to perfection.
More Images & Project Details

This balustrade was formed from solid bronze, cut into unique geometric patterns and patinated to a rich, chocolatey bronze. Handcrafted in our workshop for this refurbished contemporary home creating a truly eye-catching centrepiece for this entrance hall.
More Images & Project Details

Simple does not mean any less attention is given to detail! In fact, it is imperative with balustrade like this that particular attention is paid to uniform lines to ensure a clean, flawless finish.
More Images & Project Details

This stair balustrade has been crafted from wrought iron, cast iron and mild steel capped with an oak handrail.
The ironwork has been painted and fixed into the marble treads
and the junctions between treads and balusters have been finished with cast iron covers.
More Images & Project Details

We were approached by the client to create a unique cast spiral staircase that created an impactful point of focus for this high-end Chinese gastro pub situated in the heart of Soho.

A detailed survey was carried out by Fine Iron to ensure accurate dimensions and then initial design drawings were produced. Following approval by the Alan Yau OBE (restauranter and entrepreneur, owner of The Duck and Rice, best known for founding Wagamama), bespoke casting patterns were manufactured for the casting of the treads, risers and the unique quarter landing plate at the base of the stairs. The stair railings were made with a bespoke reed design cast iron baluster and the handrail was formed from 50mm x 14mm brass frogs back handrail. The cast iron treads were slid over a central column and due to the width of the stairs and it being a commercial premise, a helical section of handrail was formed to run up the central column of this beautifully crafted cast iron staircase.

We think it’s fair to say that the project was completed to the highest standards and serves as practical, inviting access to the first floor restaurant as well as a focal point for the ground floor bar. Helping to create an appetising setting for some truly delectable dishes!
See more images & project details.

Built for the luxury retailer’s first London store in Conduit Street, this balustrade
was designed by the client’s team and crafted in mild steel
and cast iron capped with a polished brass handrail by Fine Iron.

The finished result is a refined, classically styled, beautiful staircase balustrade and handrail befitting of the values of Christian Dior – in his words; “True luxury requires genuine materials and the craftsman’s sincerity. It is only meaningful when it respects tradition”.

Bespoke patterns were made for the castings of these cast iron balusters.
Other materials include mild steel and a walnut handrail.
More Images & Project Details

his metal balustrade is made from drop forged wrought iron with an oak handrail, the wrought iron metal is painted black and fixed into a marble staircase with cast iron base covers.
More Images & Project Details

Contemporary design with a traditional feel for this staircase combining marble and stainless steel in Weybridge Surrey.
In the enlargement you can also see the hand forged monkey tail finish to the handrail.
More Images & Project Details

This metal balustrade features decorative panels between plain square bar balusters and has been finished with a bronze patina. The handrail is made from European oak.
More Images & Project Details

Forged iron balustrade with a cast decorative boss to the centre and finished with base collar.
More Images & Project Details

This simple and elegant staircase balustrade was designed and installed in a showhouse in Kensington.
More Images & Project Details

A closer view of the staircase shown on the left, this image features the stainless steel handrail home. In the enlargement you can also see the hand forged monkey tail finish to the handrail.
More Images & Project Details

FASCINATING FACTS & THE STORY OF IRON

What is Wrought Iron?

Wrought iron has been used in building from the earliest days of civilisation, wrought iron door furniture being commonplace in Roman times. The structural use or iron gates from the middle ages, when bars of wrought iron would be used occasionally to tie masonry arches and domes. This use of wrought iron in tension guaranteed its use throughout the ascendancy of cast iron in the canal and railway ages, as cast iron is strong only in compression.

After the introduction of mild steel, which can be mass produced and therefore comparatively costs much less, wrought iron, and the craft skills associated with it, gradually disappeared in accordance with the general decline of craft standards in the twentieth century, until the last ironworks ceased production in 1974.

Most true wrought iron (puddled or charcoal) is now reserved for heritage and restoration projects with only one supplier of genuine wrought iron remaining worldwide.

When the term ‘wrought iron’ is used today, usually it refers to any metalwork that has been ‘worked’ or shaped in a decorative fashion by a blacksmith or metalworker. Many products that are described as wrought iron are actually made from mild steel.

The modern replacement for wrought iron is mild steel and this is now the most common form of steel used today.

Mild or low carbon steel is formed from iron containing a small percentage of carbon (approximately 0.05%-0.25%). It is widely used as it has similar properties to wrought iron – in that it is malleable and ductile and suitable for many applications but unlike wrought iron, it is more cost effective as it can be mass produced.

Steel was produced in bloomery furnaces for thousands of years, but it wasn’t produced on the industrial scale it is today until the 17th century after more efficient production methods were discovered, including the production of blister and crucible steel.

The invention of the Bessemer process in the mid-19th century, saw a new era of mass- produced steel! It takes its name from Henry Bessemer, who took out a patent on the process in 1856 (it was also said to have been independently discovered by William Kelly, an American inventor in 1851, though there is little evidence to support the claim). The key principle of the process was the removal of impurities from the iron through oxidisation – blowing air through the molten iron. The process was refined over decades, thus improving the quality of the steel produced and with these improvements for the most part, mild steel replaced wrought iron.

Basic Oxygen Steel (BOS) was developed in 1948 by Swiss engineer Robert Durrer and commercialised between 1952-53 by Austrian steel making company VOEST and ÖAMG. It is a refined version of the Bessemer converter, blowing oxygen through the molten iron instead of air. This largely replaced earlier methods by further lowering the cost of production and increasing the quality of the final product.

Modern furnaces have the ability to take a charge of iron up to 400 tons and convert it into steel in a mere 40mins (approximately) compared with the 10-12 hours it would take in an open hearth furnace! Today, steel is one of the most common manmade materials in the world, with more than 1.6 billion tons produced annually!

Ironwork is commonly supposed to be nearly free of maintenance. Unlike wood work which is religiously subjected to a stern regime of regular painting, ironwork is frequently left to rust undisturbed for long periods, so much so that the only attention that much even important ironwork receives, is periodic major overhaul, at great expense. This could be avoided by frequent small attention. Insistence on frequent inspection would be of benefit, perhaps once a year, with immediate, and usually trivial remedial work to arrest any developing problems.

Much of what we know about the Celts has been learnt through oral tradition. It is thought that the name given to them by the Greeks – Keltoi – means ” hidden people ” due to the reluctance of the Celts to commit any of their vast wealth of knowledge to writing.
What we know of their early history has been largely learnt through archaeological excavations of the settlements and burial sites found across Europe.
The Celts probably descended from Stone Age peoples of Europe, who began to populate the continent about 10,000 BC.
At the start of the first millennium BC the Celts possessed great skill in metal work, especially wrought iron, and by the 6th century BC they had a formidable armament of spears, swords, axes as well as agricultural implements. By 450 BC new centres of Celtic civilisation emerged and increasing mastery of iron work led to specialisation – wagon makers, shipbuilders, wheelwright etc – Amid this increased productivity an artistic style emerged; ” La Tene ,” design was bold and complex, and quickly became dominant throughout Celtic lands. Celtic affluence grew, and around 400 BC Celtic tribes crossed The Alps, sacking Rome in 391 BC and settling in Northern Italy.

A century later they pushed into Greece and Asia Minor and by 250 BC ” La Tene ” culture was at its height. The Celts resumed full scale trading over their old trade routes and by the second century BC new established fortified towns replaced many of the old hill forts, abandoned in the fifth century BC. Serving as centres of commerce and manufacture they were immensely lucrative; however Celtic trade grew increasingly dependent on Roman markets.

In 192 BC Rome established its supremacy and later conquered the area of Southern France we now know as Province. By the mid first century BC the Romans began their assault on Western Europe. With their loyalties still tribal rather than national the Celts were unable to mount a unified resistance.
Gradually the Celts adopted the ways of their victors but Celtic Culture remained dominant in Britain until AD 43 when Rome conquered the Southern half of the island. Ireland then became the bastion of the Celts until it’s fifth century conversion to Christianity. Even after that, tribal memories held on to Celtic languages and legends, which were at last written down by eight-century Irish Christian clerics. 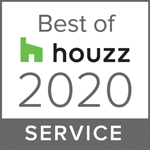 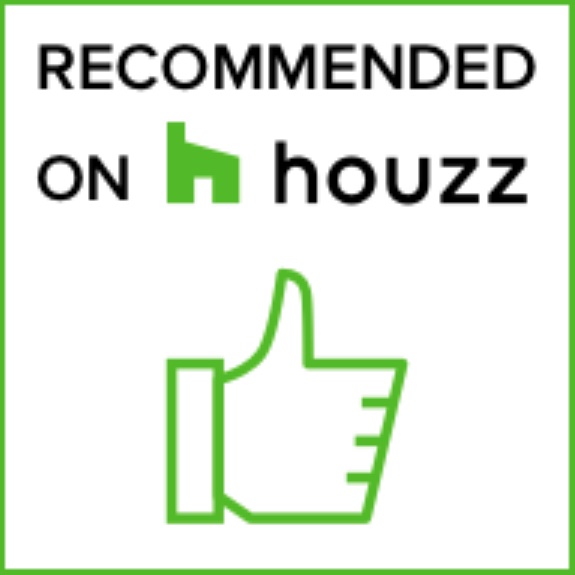